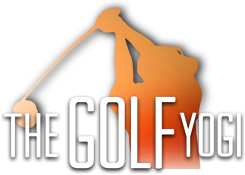 About the Golf Yogi.

The goal of The Golf Yogi is to bridge the gap between the practice range and the fitness room. A lot of golfers have starting working out to improve their game, but many people have no idea if what they are doing is actually helping, or if it is even relevant to their golf game. Golf teaching professionals generally do not have much knowledge about their student’s fitness regimen and instead focus the majority of their time working specifically on the golf swing. Conversely, fitness instructors generally do not have a golf background and are often intimidated by the golf course atmosphere due to a lack of understanding the golf swing.

With over eight years of professional golfing experience and four years of teaching yoga and stretching to golfers, Mark Williamson (aka The Golf Yogi) is THE ANSWER to golfers’ fitness needs.

The Golf Yogi is here to bridge that gap. Mark’s golf background is un-rivaled in the fitness world, and his knowledge of the game gives him the ability to work hand-in-hand with any golf professional. There is not a better way to improve your golf game than to have your swing coach working directly with The Golf Yogi. This team approach will ensure that you will get the most out of your time both on the range and in the fitness room.

Don’t waste anymore time or money doing workouts that leave you wondering if they are actually helping your game! The Golf Yogi’s sessions are specifically tailored to fit each individual’s needs to improve flexibility, balance and body awareness. Improving your golf game is The Golf Yogi’s only goal.

Ever wonder why the things that you work on with your golf instructor are so hard to keep doing? The simple answer: If the body isn’t changing along with the golf swing, the swing is incapable of long term changes. You will constantly be falling back into old habits. Improving strength and flexibility is THE ONLY way to actually change your golf swing for the better.

Mark Williamson, The Golf Yogi, played professionally from 2002 thru 2009. In that time, Mark played the Gateway, Tight Lies, Hooters, Pepsi, Golden State, and U.S. Pro Golf Tours, to name a few. Mark racked up four wins in his time as a professional, and also held three course records in that time. While playing the Gateway Tour in 2008, Mark was a member of the Tour’s Player Advisory Board. Mark worked with some of the great teachers in the game during his career including Jim Flick, Jim Dieters, and the creators of the “Stack and Tilt” method, Mike Bennett and Andy Plummer. Mark first started practicing yoga in 2004. After five years of consistently practicing yoga, Mark earned his Registered Yoga Teacher Certification from At One Yoga in Scottsdale, Arizona. Mark furthered his yoga knowledge by becoming certified to teach Katherine Roberts’ Yoga For Golfers classes. Mark is also a registered member of Yoga Alliance, yoga’s governing body. Knowing that he wanted to do more than simply teach yoga classes, Mark started working on his own style of golf fitness, combining yoga with golf specific exercises. The result is the most golf-conscious fitness program available.

In addition to playing golf, Mark considers himself to be an all-around athlete. Prior to embarking on his journey into the world of professional golf, Mark was an all-conference basketball player in high school. He was recruited to play college basketball by several different Division I schools, but opted instead to pursue his dream of becoming a professional golfer. Mark’s understanding of the game of basketball as well as various other sports gives him the ability to work knowledgeably with a variety of different athletes. In addition to playing basketball and golf, Mark is also an avid skier and mountain biker. Ever the consummate athlete, Mark is always willing to try a new sport and is constantly working to become better at the sports he already knows.

After retiring from professional golf, Mark vowed to pursue many of the things he lacked the time to do while he was playing golf. On the top of his list was Triathlon. In addition to yoga, Mark began training and completed his first sprint triathlon in August of 2011. Since then Mark has competed in numerous running races and triathlons across the valley. Very quickly triathlon has become his newest obsession. In a similar fashion that Mark used yoga to aid his golf game, Mark quickly realized the advantages to using yoga to supplement his triathlon training. Mark has intimate knowledge of the yoga poses that specifically target the muscles used in running, riding and swimming. For instance, he realized how sore he became while working on “catching water” for the first time and quickly changed his yoga routine to adapt. Stretches targeting hamstrings and hips for running and hip flexors and quads for riding quickly replaced nothing but low back, hip and hamstring stretches for this has-been golfer.

In his Yoga for Athlete’s classes, Mark covers the following things: